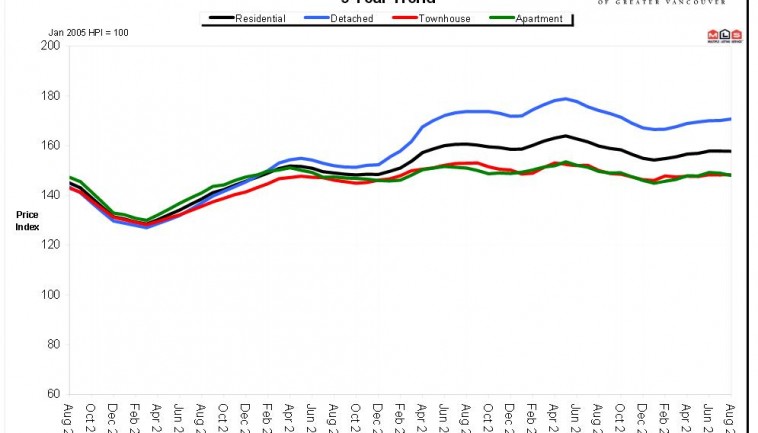 The Real Estate Board of Greater Vancouver have released August residential stats. Sales activity is up significantly over August 2012, while attendant price increases are modest at best. Here are a few highlights: